The kids are finally bathed and asleep after a candy filled, perfect Halloween and Bill and I are about to watch his favorite Halloween movie- Mr. Boogedy! I couldn’t have asked for a better day. We woke up and I made the kids a special Halloween breakfast. Even before I had kids I dreamt of doing things like this. I would always think about all the fun things I would do for my children to make the holidays special for them, and now finally being able to do all of the things I planned so many years ago, is a really wonderful feeling. Ashley was absolutely thrilled when she saw her breakfast waiting for her, she talked about it all day.

It actually came out even better than I had hoped. I made ghost pancakes, ghost bananas and an fruit bowl made out of an orange with a jack-o-lantern carved into it. I really love how everything turned out. For the pancakes I prepared the batter then put it into a Wilton squeeze bottle so I would have more control of the batter and be able to make the details for the ghosts. For the eyes and mouth I used Hershey’s milk chocolate chips. At first, I put the chocolate chips right in the pancake before I flipped them. I then I realized they were melting when they were cooking and you couldn’t even tell there were chocolate chips in the pancake. I figured out a better way to do it was to press the chocolate chips in when the pancakes were fully cooked and finished, but off the pan and cooling. The pancakes were still warm enough to slightly melt the chips into the pancake, but still hold their shape and make a nice face. The ghost bananas were so easy, I just cut the banana in half and again used the chocolate chips pressed into the banana for the eyes and mouth. For the orange jack-o-lantern I sliced a little bit of the orange peel off the bottom to make the orange be able to stand up. I then sliced a larger section out of the top and used my knife to slice into the orange diagnoally to remove the fruit from the inside and hollow it out. Once it was pretty clean inside I used a paring knife to carve the face. I sliced up some strawberries and filled the little bowl up. That was my favorite part of the whole breakfast. The kids really loved it and we all decided that this would be our new tradition and I would do this every year on Halloween for them. I can’t wait 🙂 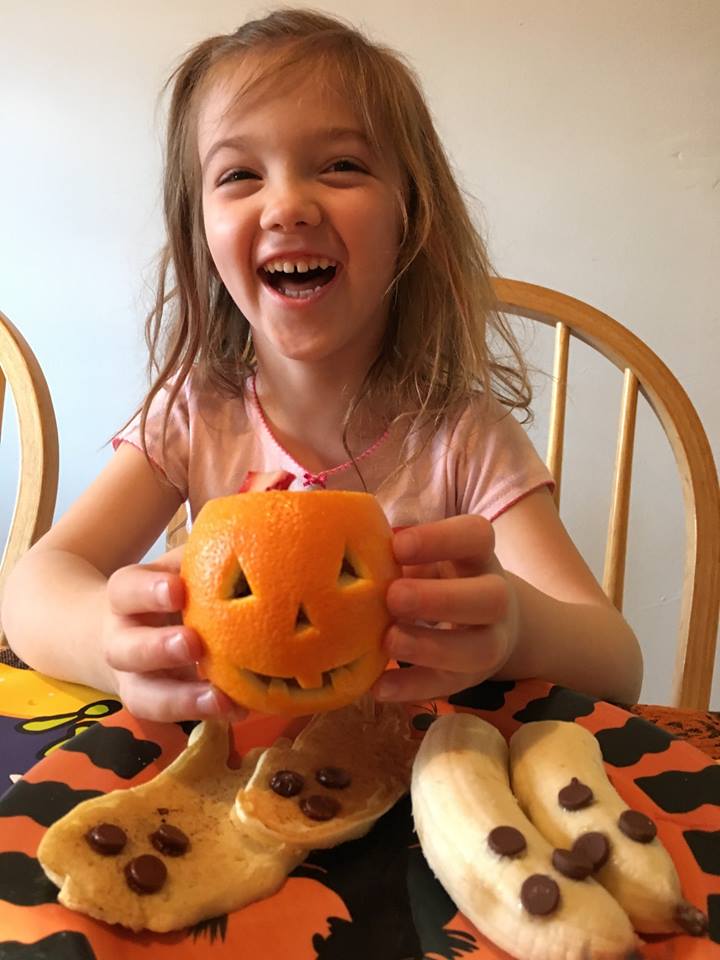 After breakfast we just relaxed. Since Halloween was on a Saturday this year we had lots of time to kill before we went Trick-or-treating. We hung out in the living room, watched some Halloween movies and planned out our Trick-or-treat route! The boys took a nap so they would be charged up for the night and when they woke up we put on our costumes and headed out! 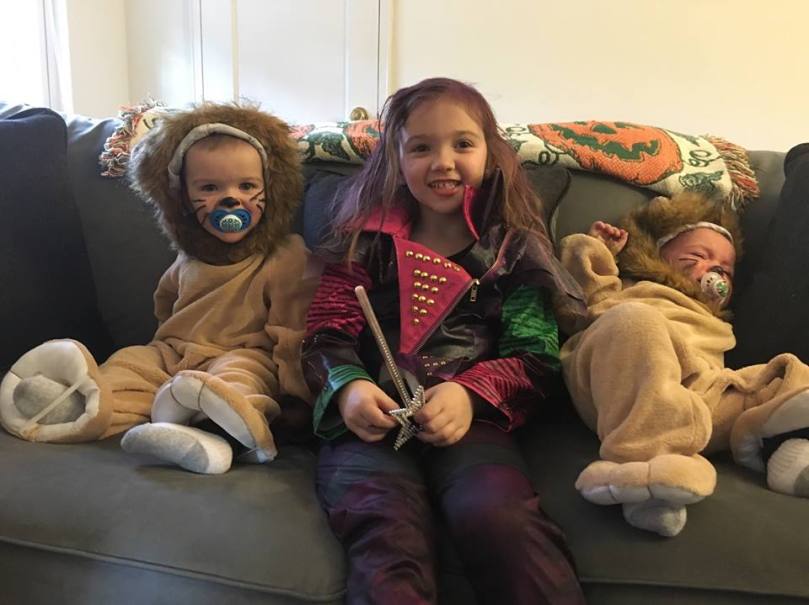 Collin wasn’t too thrilled when we wanted a picture, but he cheered up pretty quickly! 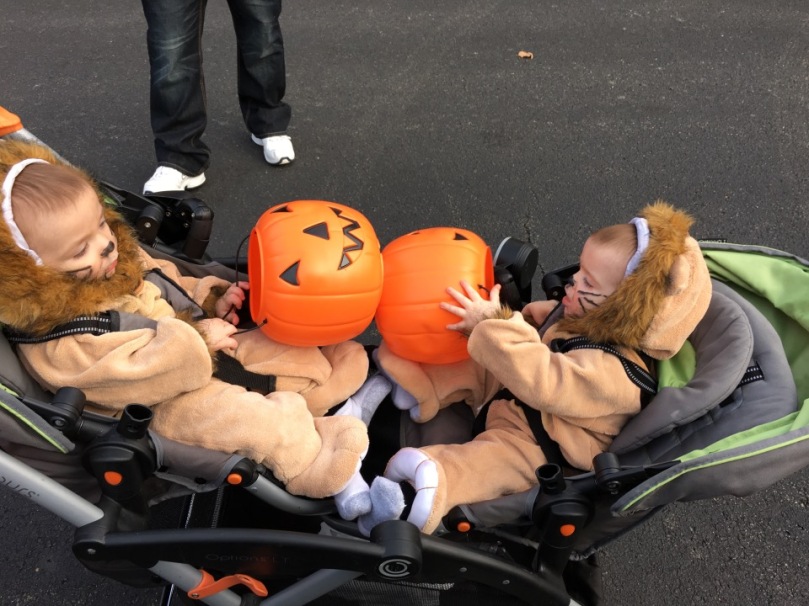 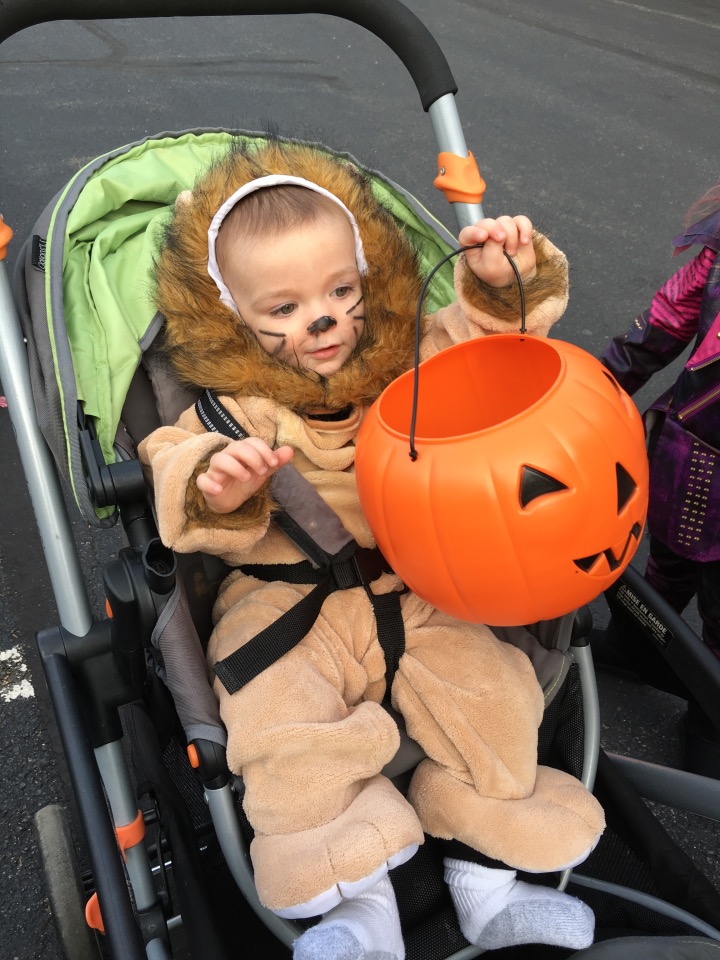 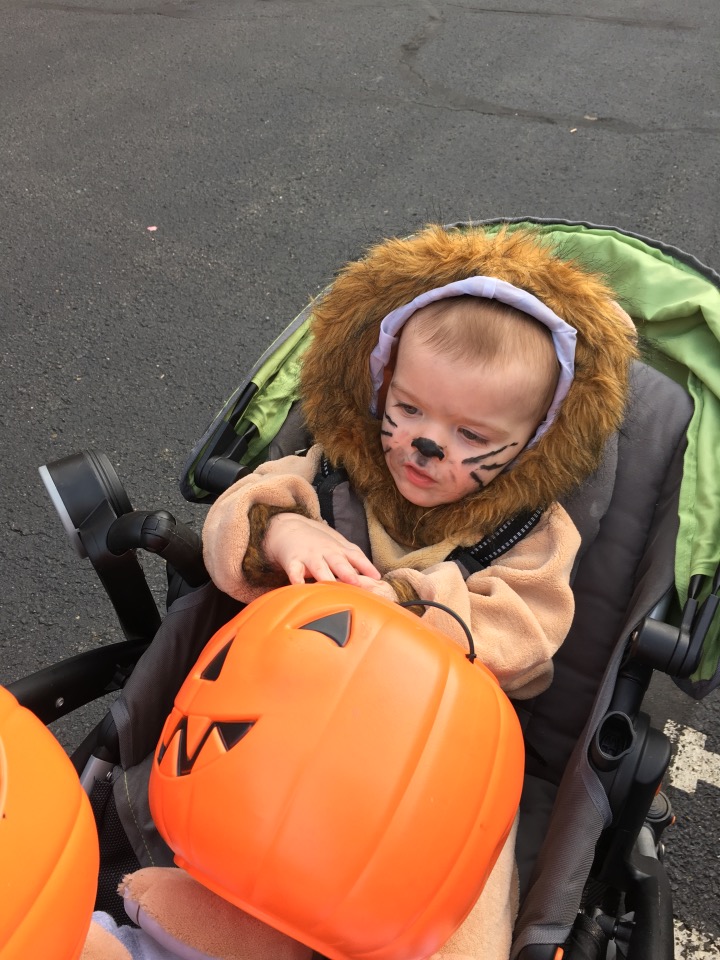 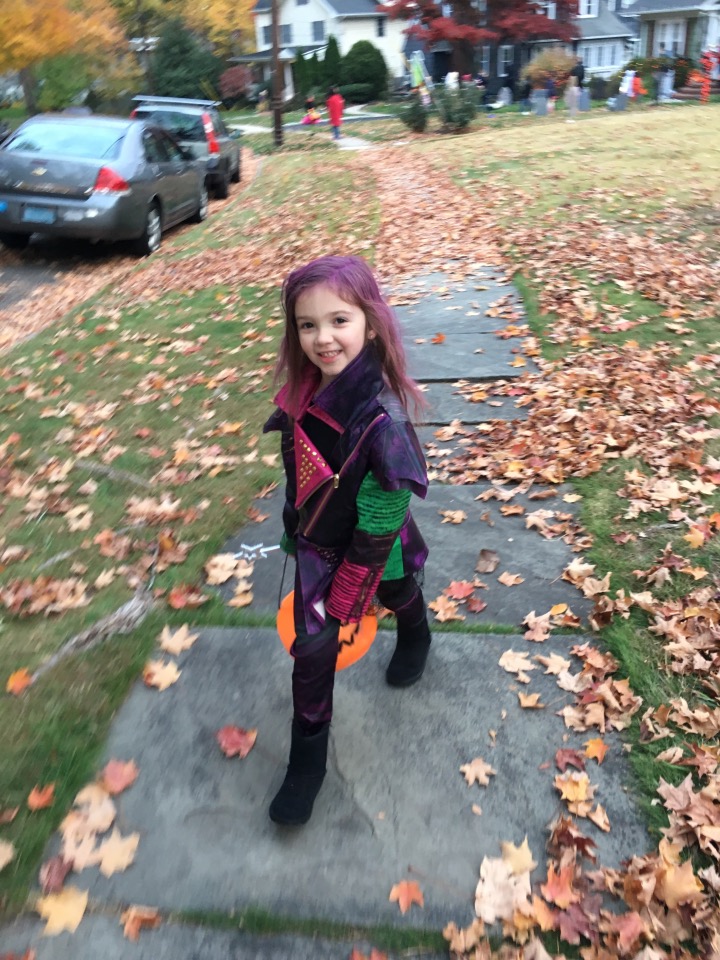 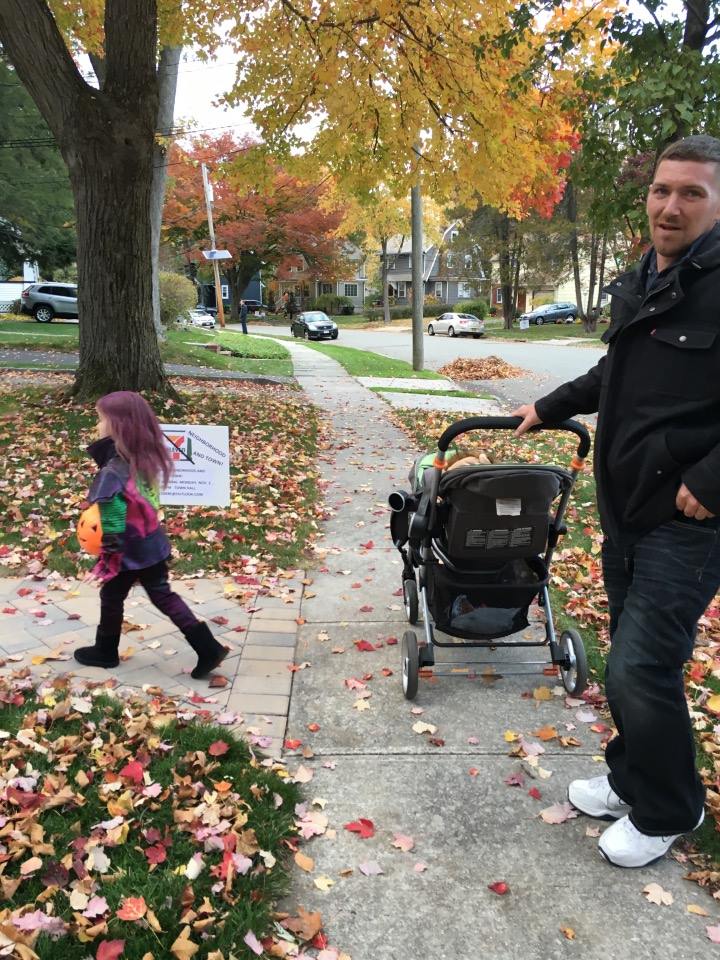 The kids got SO much candy, I can’t believe it. Bill and I both agreed it was just as much, if not more than we remember getting as kids! They had so much fun and even the boys seemed to really enjoy themselves. Halloween 2015 was one for the book for sure. Now, bring on the Christmas music!!! 🙂